Shock response spectrum test has become one of the environmental testings which has to be done in the field of aviation, aerospace, military-related research & production, major science & technology and some others.

● Resonant table is made of high-strength die-casting aerospace aluminum plate and has excellent strength and uniformity. Resonant table is guided by the imported horizontal guide rail and connected with the guide rail through the damping material. The table is smooth, so we can prevent it from rotation or deviation on one hand and ensure the frequency response of the table on the other.

● Shock cylinder mainly produces the horizontal impact speed and can move bidirectionally. FNS has applied for a patent for the impact cylinder which is very reliable and has fast accelaration and large energy. 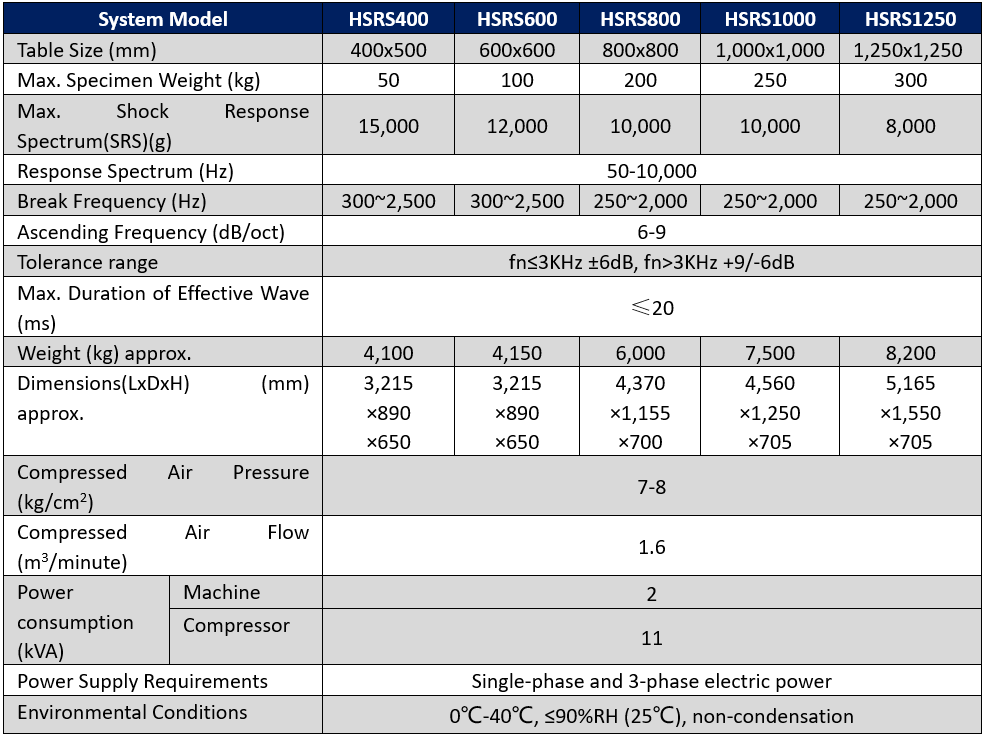